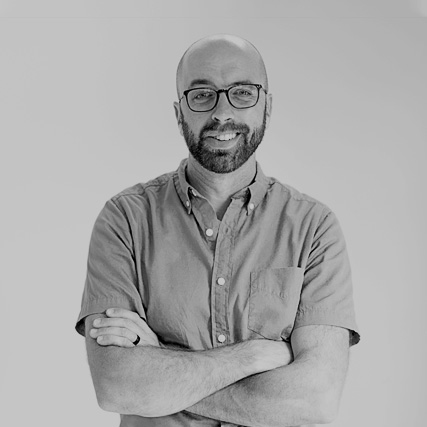 James joined VMDO after completing his Master of Architecture at Virginia Tech. He has spent much of the last decade working for non-profits focused on conservation and construction. James has designed and built hiking trails in New Hampshire, South Carolina, and Texas. He managed the grounds of an outdoor science school campus on a small lake in central Idaho, and ran a deconstruction crew in Honolulu, Hawaii, taking apart houses to repurpose building materials with the intention to keep them out of the landfill.

James’s experience living and working in different parts of the U.S. influenced his desire to become an Architect. After years of swinging the hammer he decided to put it down and pick up the pen. He found a new home in the wood/metal shops beneath Cowgill Hall at Virginia Tech. There he was able to study Architecture though making physical things while also studying conceptual ideas. James is working towards his Architectural license while working in the Athletics and Community Studio at VMDO.

Bachelor of Arts in Geography, Edinboro University of Pennsylvania, 2008